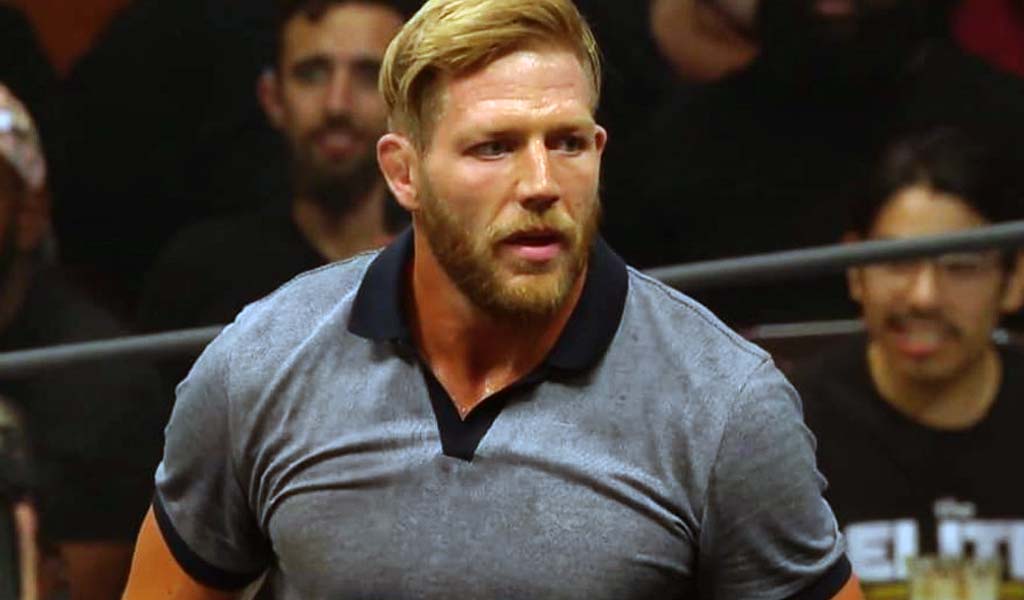 Former World Heavyweight champion Jake Hager made a surprise appearance towards the end of Dynamite last night, joining Chris Jericho, Sammy Guevara, Ortiz, and Santana in the beatdown of The Elite.

Hager received a nice pop from the Washington crowd as he destroyed Cody, first with a Swagger Bomb and then with a gutwrench suplex through a small table and then stood tall with the other four in what looked like the formation of a stable.

The man formerly known as Jack Swagger left WWE in March 2017 after he asked for his release. He then went on to wrestle on the indie circuit and joined Lucha Underground in 2018. In WWE, he won the ECW title once, the World Heavyweight title once, and the United States title once as well.

The 37-year-old is currently contracted to Bellator MMA where he has a 2-0 record and is expected to fight again later this month at Bellator 231.