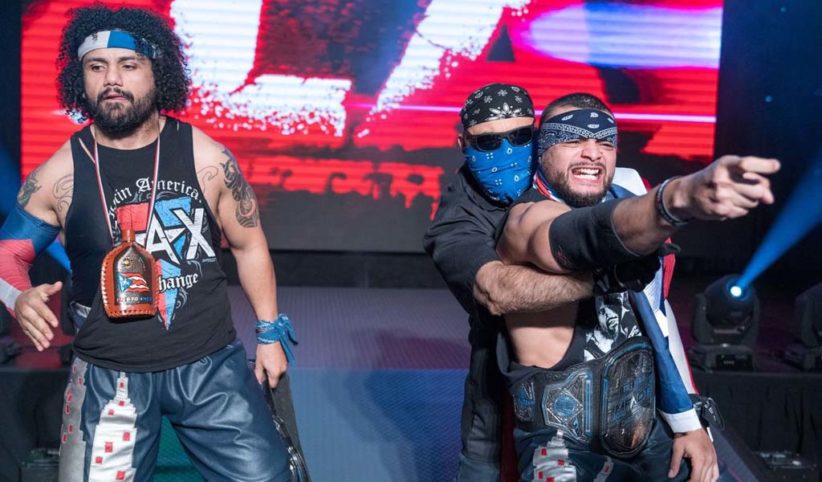 The hottest free agents tag team are no longer free agents as the team of Santana and Ortiz, the duo formerly known as LAX in Impact Wrestling, made their AEW debut last night at All Out.

The two stormed the ring after The Lucha Brothers defeated The Young Bucks in the ladder match and beat up both teams. Both Santana and Ortiz wore masks to conceal their identity before unmasking to a nice pop from the crowd.

With Kenny Omega and The Young Bucks taking on Chris Jericho and a mystery tag team on the October 2 episode of AEW on TNT, it looks like now we know who the new AEW champion will be teaming up with in Washington.

Santana and Ortiz worked their last Impact television tapings in Mexico City last month and their final match will air on Impact next Friday.

And the inaugural AEW World champion is…