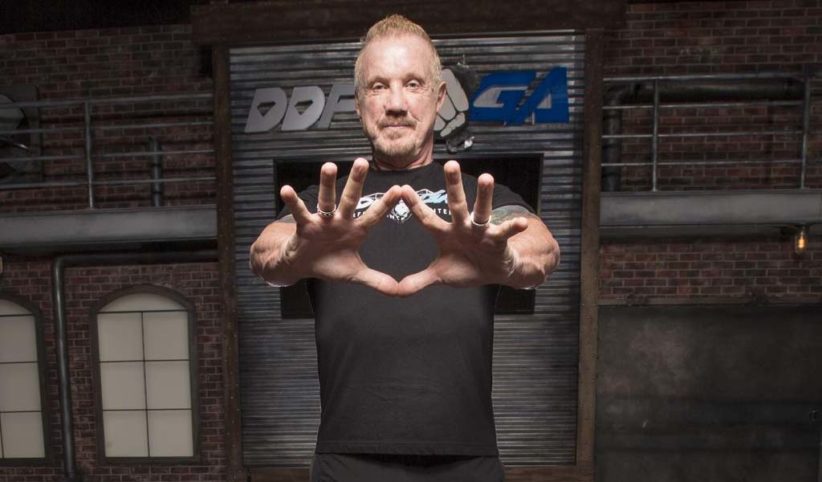 Former WCW champion Diamond Dallas Page will be presenting the winner of the MJF vs Hangman Page match with the Dynamite diamond ring this Wednesday night on TNT.

Two weeks ago, AEW announced that a Dynamite Dozen battle royal would take place on the show where the final two would then meet a week later to battle for the ring. The 12 participants were Billy Gunn, Chuck Taylor, Hangman Page, Jimmy Havoc, Joey Janela, Jungle Boy, Kip Sabian, Marko Stunt, MJF, Orange Cassidy, Pentagon, and Sonny Kiss. MJF and Page were the last two men standing and will now go head-to-head on Wednesday.

DDP has showed up a couple of times on All Elite Wrestling shows and he shares a close friendship with the Rhodes family. He is not signed to a deal and is only paid per appearance.

DDP recently appeared on Wrestling Inc.’s WINCLY podcast and while he said he plans to help out AEW, he also wants to keep his relationship with WWE alive.

“I don’t have a contract. I’m not employed by AEW as I’m doing this for Cody. Without Dusty Rhodes, there’s no Diamond Dallas Page. I don’t have everything I’ve been able to accomplish and a lot of it had to do with The Dream giving me the opportunity,” Page said.

How did bookmakers do with results for Takeover and Survivor Series?

A great week for NXT…but will it be enough to keep momentum?