Bret’s surprise appearance drew “holy sh!t” chants from the Las Vegas crowd who certainly did not expect the man who was on a WWE stage just over a month ago to be in the AEW ring.

The unveiling got a little bit crazy though as after Bret introduced Hangman Page, he was interrupted by MJF who ran down both Bret and Page. Jungle Boy and Jimmy Havoc came out to shut MJF up and after they beat him up and escorted him through the crowd, the former WWE champion unveiled the brand new AEW World title. The title was designed and created by “The Ace of Belts” Dave McMillan.

The night did not end well for Bret though as according to eye witness reports, he fell off the stage walking to the back after he went the wrong way. It was not caught on camera but he was attended do while the promo video for the Bucks/Lucha Bros match was airing. Bret did not look that particularly well and was limping when walking when he came out. He also seemed to mess up his lines a couple of times during the segment.

You can see the new AEW World title below. 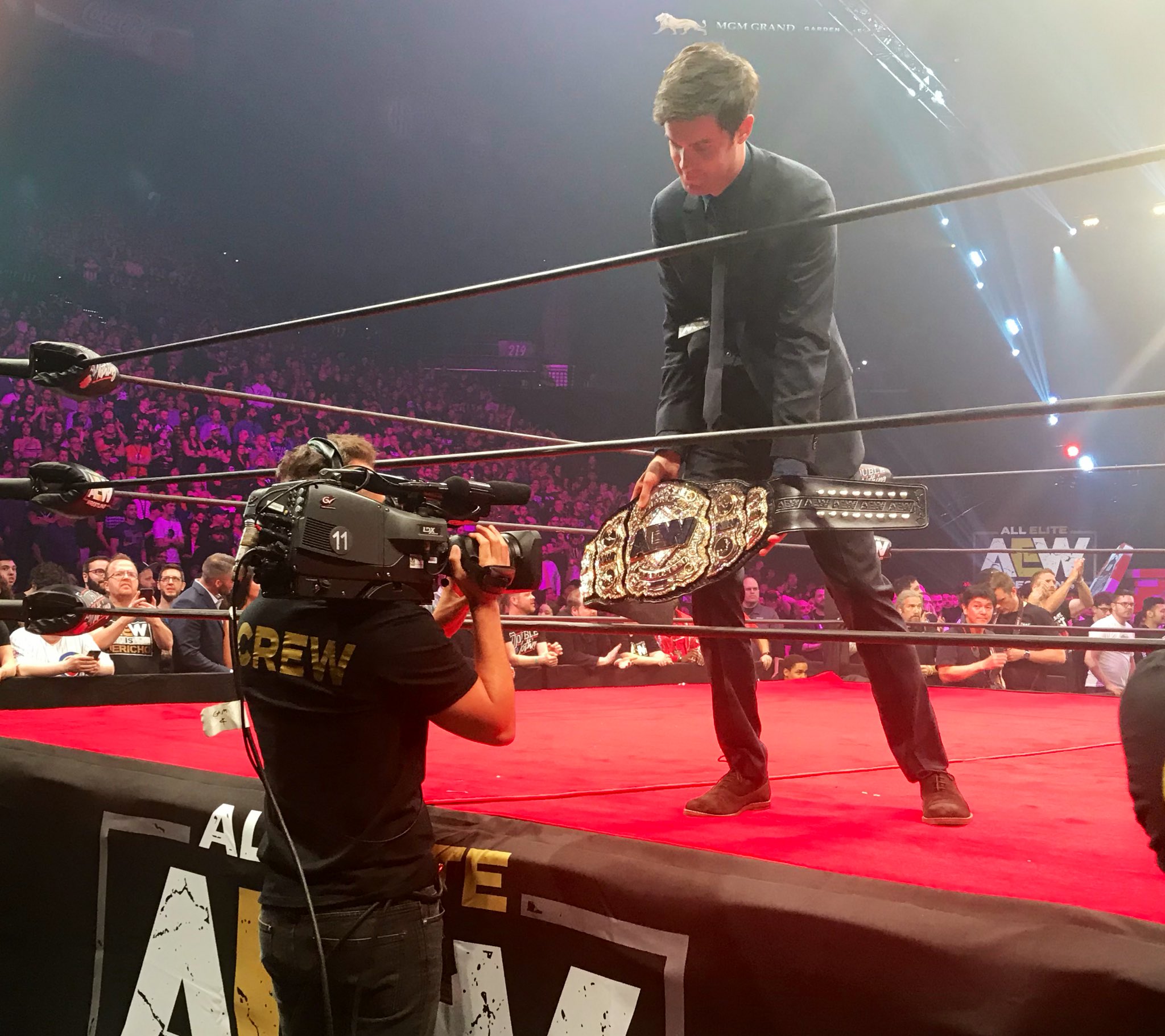 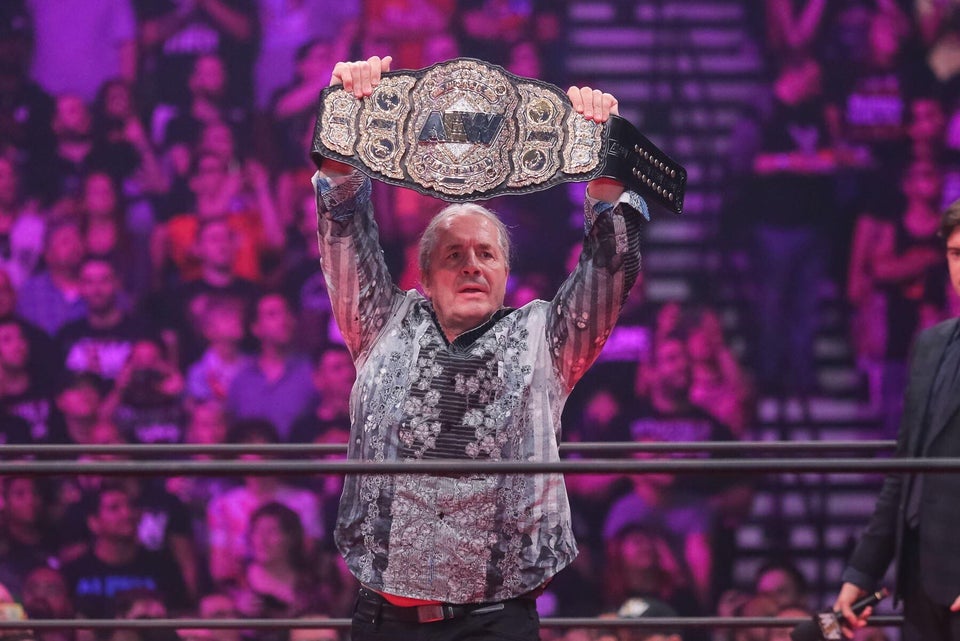 AEW’s second pay-per-view, All Out, to take place on August 31

Double or Nothing pay-per-view results