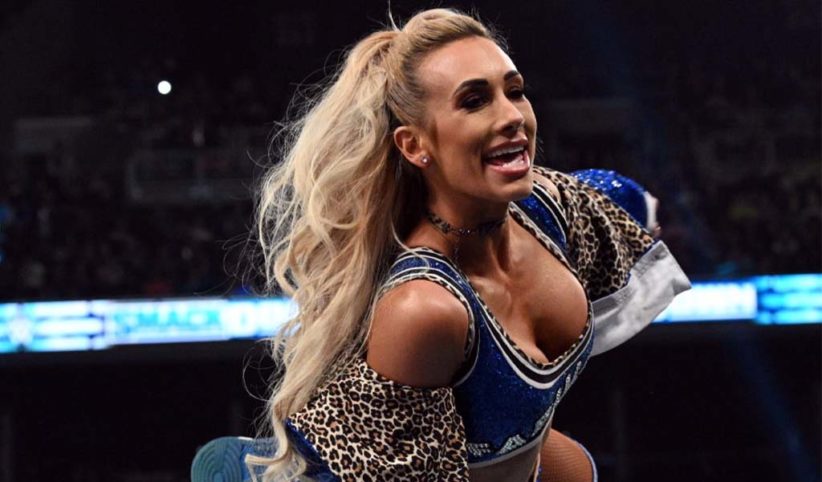 For the past couple of weeks, WWE has been running videos hyping up the arrival of a woman to the brand.

The teases from yesterday’s broadcast revealed more, including an important tattoo that probably gave out the identity of the woman.

The tattoo is exactly the one that Carmella has and the gimmick seems to be going back to her NXT roots, with high heels and fur jackets.

The 32-year-old Superstar has been absent from WWE television for the past several months and last wrestled on Smackdown during the April 25 tapings, defeating Mandy Rose.