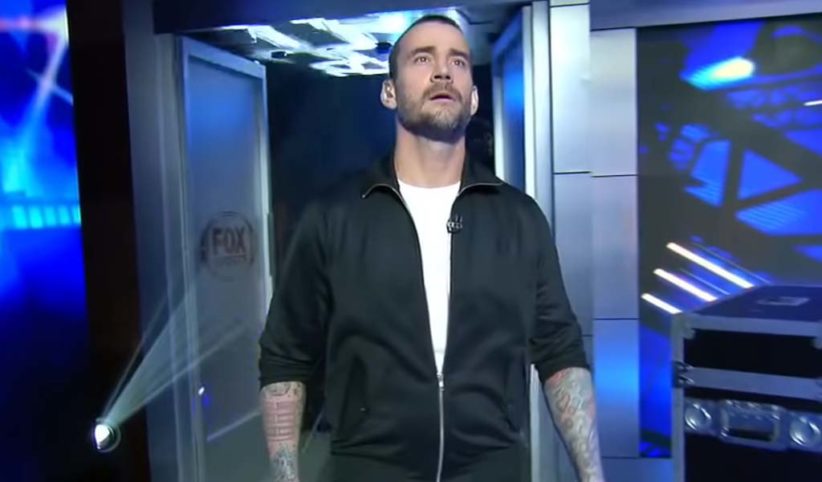 CM Punk responded in a not so kind way to The Miz after Miz took a small dig at Punk on Twitter following the conclusion of last night’s WWE Backstage episode on FS1.

In a video posted by the WWEonFOX Twitter account, Miz is seen saying that they just finished filming Backstage and felt like “this was the best WWE Backstage episode ever.” Young then said that Ember Moon’s show from a couple of weeks ago was pretty good too, to which Miz responded, “Oh sorry I didn’t change the culture. My bad.”

The dig was at CM Punk’s first words uttered when he came out as a surprise on the show, with Punk closing the show saying that when they think they have all the answers, he changes the culture.

CM Punk was quick to respond, although now the tweet has been deleted. Punk replied with, “Go suck a blood money covered dick in Saudi Arabia you f*cking dork.” The video from WWEonFOX was also later deleted. 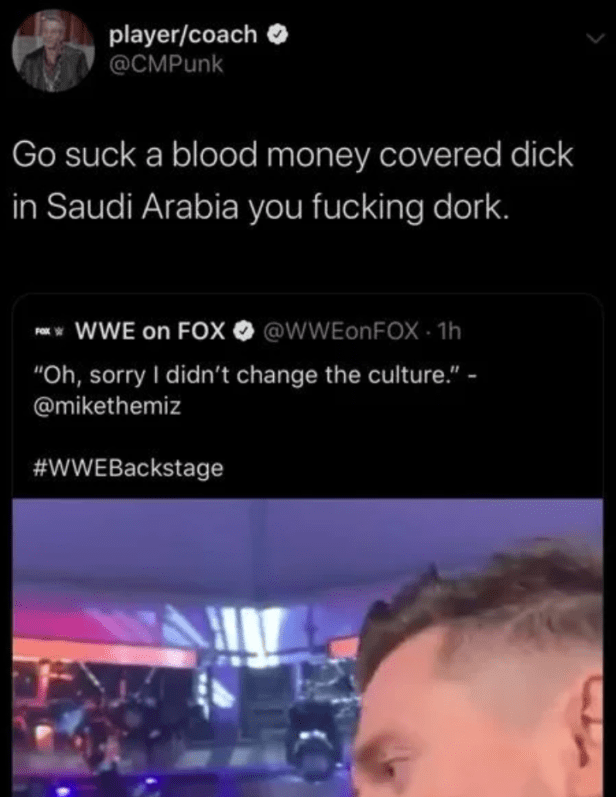