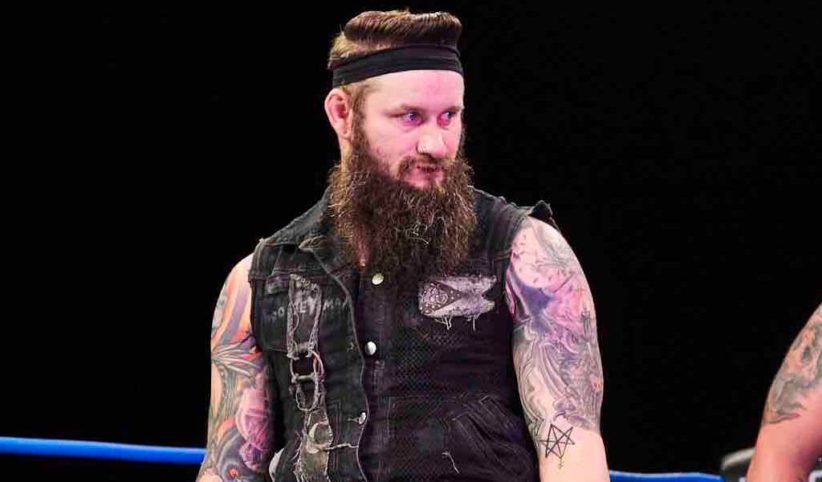 Impact Wrestling’s Dave Crist of the Ohio Versus Everything stable, was accused by his former girlfriend and artist Hannah Horror of domestic violence and sexual abuse, becoming the latest victim to speak out against Crist. “In the last few hours I’ve watched countless other brave people come forward about abuse within the wrestling industry,” she wrote.

Crist was already accused by a trainee and Impact Wrestling issued a statement stating they were looking into all the incidents involving their stars, which also included Michael Elgin and Joey Ryan.

“Dave Crist was abusive and controlling from the beginning. Holding a knife to my paintings and commanding me to choose which one for him to destroy as punishment for discovering him cheating,” Hannah wrote in a post on Instagram. “He would constantly ‘set traps’ to see if he could get me to look through his phone. Purposefully baiting me into confronting, leaving incriminating messages for me to find.”

Hannah said that he abused her sexually, even having sex with her when she was unconscious. “He picked me up while sleeping off too many drinks in my car, took me to his house and repeatedly had sex with me. I do not know for how long or how many times.”

But sexual assault is not the only thing that Crist is accused of. Hannah wrote that Crist physically assaulted her, spit in her face, pushed her down the stairs, pressed his thumbs into her eyes, shook her head, and even threatened to slit her dog’s throat in addition to punching walls, breaking furniture, several name calling.

Hannah also wrote that when she accompanied him to wrestling shows, Crist made her feel like she was disrespecting the business because she went with him to the locker room “without being a wrestler” and controlled her social life.

TW: SEXUAL ABUSE / DOMESTIC VIOLENCE . In the last few hours I’ve watched countless other brave people come forward about abuse within the wrestling industry. . This is my story. . If you or anyone you love is experiencing abuse please text 741-741 to speak with a crisis councilor. . #speakingout