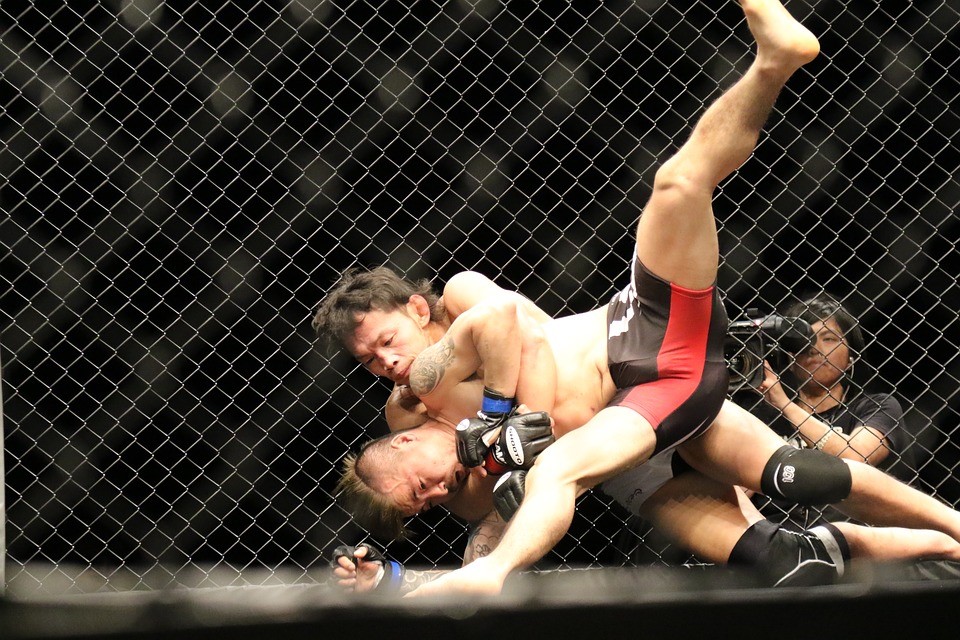 When the name Justin Bieber is mentioned, you think of a heartthrob whose poster is on the walls of teenage girls all over the world. You don’t tend to be thinking of an MMA competitor fighting in an Octagon. However, that may be happening, and his unlikely opponent could be Hollywood superstar Tom Cruise.

Bieber has an incredible 106 million followers on Twitter, desperate to learn his every move. Recently he shocked them with a tweet in which he declared: “I wanna challenge Tom Cruise to a fight in the octagon. Tom if you don’t take this fight your (sic) scared and you will never live it down. Who is willing to put on the fight? @danawhite?”

Why Does Bieber want the Fight?

There doesn’t seem to have been any reason for them to have fallen out. If there is then they are doing a good job at keeping it to themselves. Perhaps Bieber didn’t like the latest Mission Impossible movie?

This rumour of the two meeting in an MMA contest isn’t going away. There are claims that conference calls have taken place between UFC and Bieber’s manager, Scooter Braun. The absence of any involvement from Tom Cruise or his management is significant, though.

And so, the media circus began with plenty of big questions being asked and fight bosses eyeing up the potential to make a fortune. UFC boss Dana White is all for the fight taking place. Here’s a guy who is seeing millions of dollars in front of his eyes. “Let me tell you what, I’d be an idiot not to make this fight. That would be the easiest fight to ever promote in the history of my career,” said White.

The showdown would also likely see the most MMA betting action in the history of the sport, drawing in punters who would not normally even consider watching a fight.

Would it be Good for the UFC?

A Bieber v Cruise fight may well make millions, but how would it affect the reputation of the UFC? The company is still recovering from the bad publicity received by the latest Conor McGregor fight. Following that with a fight between two celebrities with little or no MMA experience might do more damage than good to the company.

Here we have two celebrities who have never set foot in an Octagon. The match-up has the potential to be an absolute train wreck and, to be fair, it would be better off taking place in WWE than UFC, and they could do with the ratings boost.

At least in WWE, they could receive instructions on how the match should progress. Injuries can happen, though, just ask The Rock after his WrestleMania 29 match against John Cena. It may even be that pop/movie bosses refuse to let a Bieber v Cruise match go ahead for that reason.

Tale of the Tape

If the fight does go ahead, who might be the likely winner? Bieber is 31 years younger than Cruise and is two inches higher than his potential opponent. When it comes to weight, Cruise is around 24lbs heavier. Bieber admits that beating Cruise might not be the easiest of tasks. He admits to being “really skinny right now” and is “pretty sure he’d whoop my ass in a fight,” so why does he want the match?

You don’t have to look like Brock Lesnar or Bobby Lashley to compete in MMA. CM Punk has hardly got the best physique in the world so that Bieber would have a chance.

He’d have to put in a better display than when getting involved in a fight with actor Orlando Bloom five years ago. Bieber could perhaps have a better chance of victory in an MMA fight. He’s likely to be faster than Cruise and if learning some submission moves, could get himself into a position to apply one and win the contest. You can’t see him knocking Cruise out, can you?

Cruise did film a bare-knuckle fight scene for the movie ‘Far and Away’ so could come out punching. You can imagine him being a pop star in his younger days but can’t see Bieber as an all-action hero. The chances are it’d be Cruise who would prove himself to be the Top Gun if they do meet.

Although, as we’ve seen, the real winners might be the promoters.